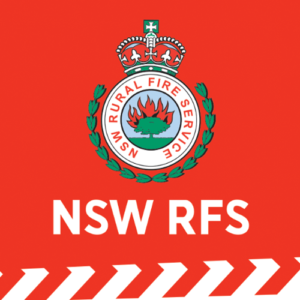 Quantum Sphere came to the rescue of the New South Wales Rural Fire Service (NSWRFS) in mid 2008 after a large manufacturer/supplier left the ‘Fireys’ in the lurch.

Time was running out to set up an advanced fire simulation network of monitors and televisions across all of the fire service’s major sites, to be able to launch new ‘hands on’ remote-access training. Another requirement of the project was to upgrade other operationally-important equipment, before the fire season started, so that the replacement cycle would always be out of fire season

After being frustrated with a week delay the NSWRFS contacted LG Electronics Corporation to see if they could come up with a solution instead. The job entailed supplying and delivering equipment to over 40 stations as well as their command centre in Lidcombe in Sydney’s inner west.

Valuable time had been wasted while the first potential supplier couldn’t get their act together on warehousing and stock availability as well as the desired product range, and seemed unable to deal
with the logistics of delivering to multiple fire stations, including remote sites, within a set time.

LG recommended Quantum Sphere, as the company is the Preferred Commercial Supplier for the Korean electronics and whitegoods manufacturer in Australia, and so a meeting was set up between all the key stakeholders two days later.

It didn’t take long for the NSWRFS procurement and logistics team to breathe a giant sigh of relief, as John Hacking the organisation’s Chief Procurement Manager explains. “About ten minutes into their capabilities
and deliverables presentation I knew that Quantum Sphere could get the job done, and that in itself was a relief. The news only got better though, as Quantum Sphere showed us the massive range of over 500
models they were able to offer us… all with guaranteed supply availability, trackable delivery, and
at the right price too.”

Not only was Quantum Sphere able to demonstrate to the decision makers they were capable of giving them the technology the Rural Fire Service was after, in the volumes they needed, but Quantum Sphere already had the logistical systems in place to plan and track deliveries.

The mix of products required included digital data video projectors, advanced 3D and 2D High Definition LCD and LED televisions of seven different specifications and four sizes of slimline monitors up to 24″ along with the associated brackets and mounts, designed and manufactured by Quantum Sphere under the Q-Tee brand. Over a hundred units of whitegoods were also part of the project, including large capacity fridges, bar-fridges, upright freezers, microwaves and more.

“To say we were impressed with the prompt supply of the gear we needed would be a giant understatement,” says Alan Bell. “They also worked closely with us to plan and lock-in guaranteed delivery dates and time-frames that matched our staff rosters, as we have many minimally staffed fire stations in our network. That meant we could easily co-ordinate installer teams for some of the equipment, which speeded things up a lot.

The initial roll-out was successfully completed and after most of the equipment reaches the end of its optimal product life in 36 months, they will be updated and replaced with new enhanced models, so that the NSWRFS remains at the cutting edge of technology and mission-critical readiness.

“Quantum Sphere really delivered,” John Hacking sums up. “And that’s why they are going to be handling
the model replacement project for the Fire Service after our three years warranty is up.”