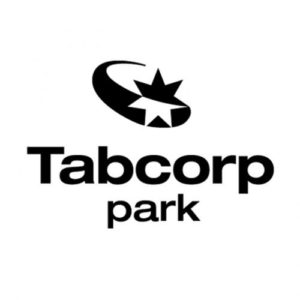 In the middle of 2007 a leading dealer met in confidence with Quantum Sphere with a view to partnering to tender for the supply, warehousing and delivery requirements of the TAB as they committed to undertake upgrades of their televisions as part of systematic outlet refitting.

The partnership proved successful and the project began towards the end of that year, in over 2,500 stand-alone outlets plus sites within hotels, clubs, and casinos, throughout New South Wales and Victoria.

The project entailed working in conjunction with teams of shop fitters and joinery experts from the TAB, with the main emphasis being upgrading old sites by removing CRTs and putting in flat screens, as well as supplying new television technology to equip new sites.

The TAB has a fleet of over 8,000 high performance commercial-grade televisions designed for heavy usage with many also fitted with tamper-proof ‘block filters’ to prevent accidental or unsupervised operation from TAB customers.

The refits are pre-planned and scheduled region by region on a three year cycle to optimise optimal usage, and cost efficiencies for the installer and shop-fitting teams, so Quantum Sphere utilises a range of warehousing facilities and delivery hubs to good effect.

After a short period of time, an average of around 1,000 television units were being installed a month, and this remains the average supply requirement. As a result, Quantum Sphere invests significant resources into ensuring sufficient stock is being held across the current model range, as well as introducing new models into the project as they are released on to the market.

“The dealer that organised the whole project for us spoke highly of Quantum Sphere as being a rock solid reliable supplier of a wide range of quality televisions designed for near continuous commercial use,” recalls TabCorp. “Over the past two years their faith in Quantum Sphere has been born out by consistent professionalism and reliability.”

“Not only has Quantum Sphere done absolutely everything we have asked of them, but their ready access to high volumes of new technology has proved invaluable,” adds Tabcorp, “not only for our regular site
fit out project, but for other important new consumer experience innovations.”

Following on from the continued success of the TAB shop fit-out rollout, Quantum Sphere was awarded the new ‘Trackside’ supply and delivery project in August 2010 after a successful one-month trial.

‘Trackside’ is a bold new consumer experience combining the established appeal of thoroughbred, harness
and greyhound racing, with the simplicity, look & feel, and excitement of computer games. It is being rolled out to many TAB sites as an additional entertainment and information option to the usual suite of racing products shown in other areas of each participating outlet.

The scale of the new ‘Trackside’ project is staggering, as it calls for an additional 5,500 commercial screens
by the end of March 2011. That in itself requires exceptional warehousing, stock control, and logistics management, as this additional project is being introduced, while the existing ‘refit and replace’ project
across TAB sites continues to move forward on an ongoing cycle.